During my stay in Japan last November, I had one destination in mind that I wanted to visit. It was the Man’nou Pond in Kagawa Prefecture in Shikoku, which was constructed almost by Kobo Daishi Kukai during the Asuka Era, 1,200 years ago. On the way to there, with the advice of a friend, I also visited Sayama Pond in Osaka Prefecture, which was constructed 200 years earlier, around 616 AD. The two major ancient Japanese irrigation reservoirs, the former being the largest and the latter the oldest, are not only significant civil engineering legacies, but also made me reaffirm about what was the expertise I have been involved in all my life, after all. 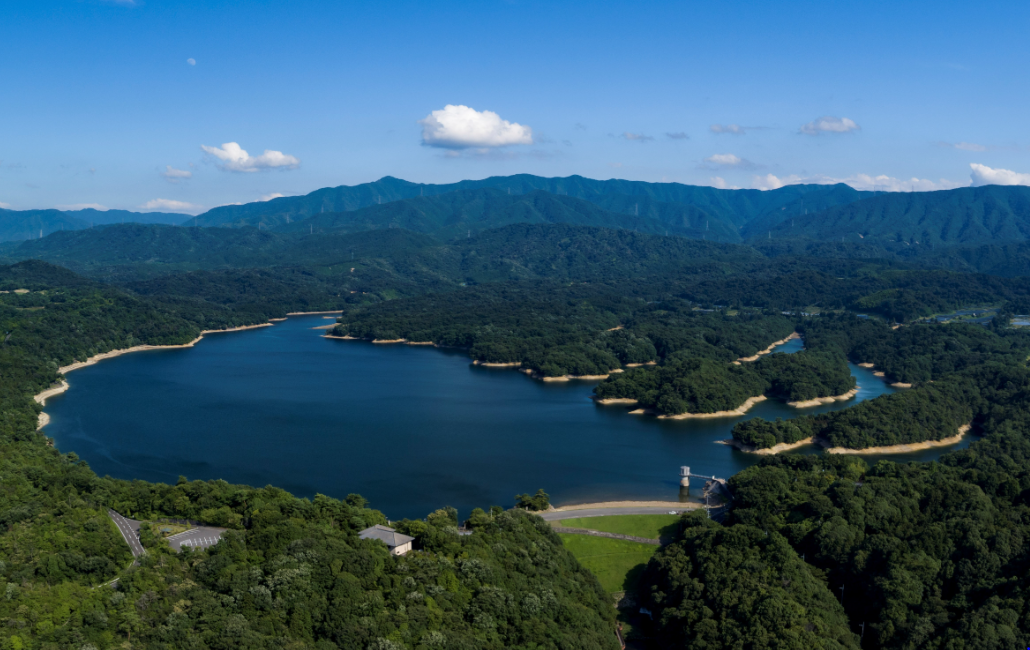 I had two main reasons for wanting to visit the historical infrastructure of the ancient reservoirs of Kagawa, Shikoku at first for this opportunity in any way. First, to visit the former home so to speak, because I have spent most of my life as a civil engineer, and second, because, as I discussed earlier, Kukai was involved in this project, which is related to the foundation of the nation of Japan.

I had a hunch that if there was a causal link between me and the country have, and if it was inevitable, I might had been able to confirm even a glimpse of it by visiting the place.

When I told my friend that I had come with this purpose in mind, she remembered Sayama Pond, another old reservoir near the Sakai City, Osaka, where she lives, and she took me there as well. This almost coincidental opportunity to see both the existing 1,400-year-old reservoir and the Sayama Pond Museum, which were a wonderful production of “the connection that spans more than millenial between the ancient and the present”, designed by Tadao Ando and opened only recently in 2001.

Incidentally, the pamphlet that guides visitors to the museum includes the following explanation, which is probably intended to be understandable to children.

Sayama Pond Museum opened in 2001 exhibits valuable civil engineering heritage discovered during the renovation in the Heisei period. The building was designed by the famous architect Tadao Ando. …As soon as you enter the museum, you see a big earthen wall. It’s a thin cutout of a real embankment. …For a long time, it was a mystery when Sayama Pond was created. However, based on the annual rings of the pipe of pine discovered in the eastern part of the dike during the Heisei renovation, we now know that the pond was created around 616 A.D. This is the time of Emperor Suiko and Prince Shotoku. … In the 7th century, temples were built to promote Buddhism, and cities and roads were developed. They also introduced technology, culture, and laws from Baekje (Korea), Sui Dynasty and Tang Dynasty (China). In order to establish equal relations with other countries, they wanted to secure water and promote agriculture to make Japan a prosperous country. That is why Sayama Pond was constructed.

(The actual pamphlet of all text is translated into English and with furigana [furigana are used for difficult kanji] .)

The actual, full-size section of the embankment cut out during the Heisei renovation and the pipe from the Edo renovation (photo borrowed from the Sayama Pond Museum website).

Thus, I encountered these two ancient reservoirs almost simultaneously, as if by synchronicity rather than coincidence, and felt refreshed, as if I had returned to a romantic time in my late teens. It was an experience that brought me back to one of my original aspirations as a student and an aspiring civil engineer, which had given birth to the name of this site’s sibling, “Philearth“.

On the way back from Kagawa in Shikoku, I had the chance to experience the Seto Ohashi Bridge, a true masterpiece of modern civil engineering technology, as a passenger on a train that could span the entire Seto Inland Sea (below is the video).

In this way, I unexpectedly experienced the products of both ends of the ancient and modern of Japanese civil engineering, and enjoyed a strange and multi-layered sense of condensation, as if the gap of more than 50 and even 1,000 years had been blown away, rather than just the first time in Japan in three years.

That is surely why it also brought about the retrospective vision depicted in the “Japanese Ecological Society” described in the previous December 22 issue.

It may be an overconfidence to say that the above experience in Japan was “inevitable”. But it would also be too “thoughtless” to call them “coincidental”.

In this “Amphibious Space”, i.e. duality, between “inevitability” and “coincidence,” my Japanese consciousness is drifting like a “quantum cloud”.